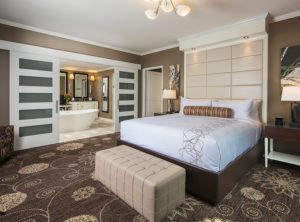 Given that this tower was an addition, ADG collaborated with the owner to produce a design that was cohesive with the two existing hotel towers within the complex. The Golden Nugget also required that the tower be completed on a fast track schedule to accommodate the influx of guests at the outset of the hotel’s busy season. The project was led by ADG Associate Principal Bill Gray. 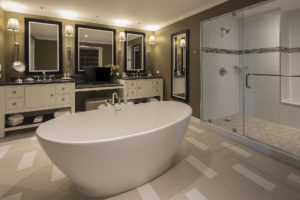 Bill has more than 20 years of project experience with an extensive background in high-end retail and hospitality projects, including Tiffany & Co jewelry stores around the world and numerous casino renovations. Since joining Abel Design Group in February 2013 as a Senior Associate, Bill has completed other luxury hospitality projects for Landry’s, Inc, including the Mastro’s Ocean Club restaurant in Malibu and Mastro’s Steak House in New York, NY. Bill was promoted to Associate Principal in June of 2017 and now leads the Austin office of Abel Design Group, Ltd. Bill is a licensed architect in Texas and Colorado and is a LEED accredited professional.